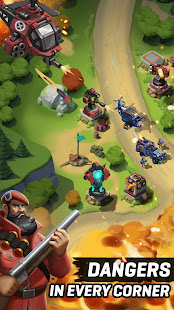 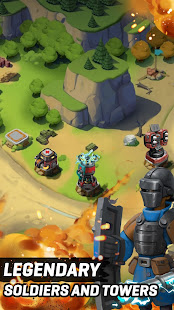 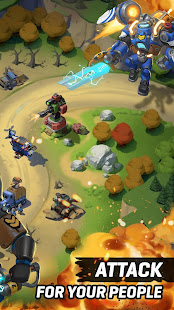 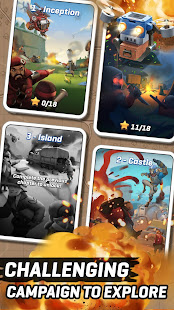 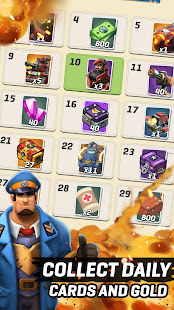 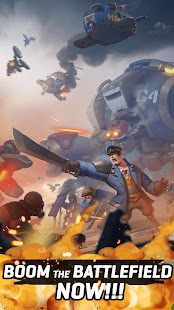 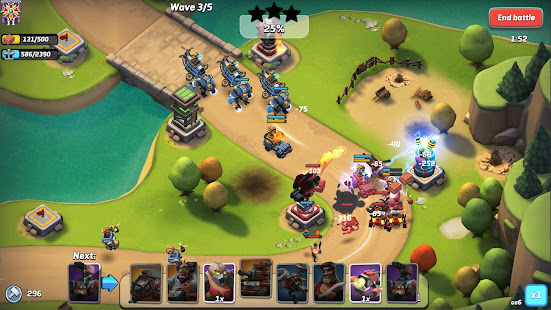 Defend, defend, and BOOM THE BATTLEFIELD! Are you ready to answer the call of duty when the world is at war and the realm is at risk? Travel to the realm of guns and boom! The iconic tower defense genre has been reborn.

Are you tired of the same old tower defense mechanics?

From the makers of Caravan War comes a brand new multiplayer tower defense game with epic towers, mighty heroes, and countless instant upgrades. Build and level up deadly defensive towers to blast enemy troops, loot their gold, and protect the realm in the greatest war since World War II.

Command an epic army of heroes and towers. Strive for the ultimate victory in this free mobile tower defense game! Crush players from all over the world in real time. Develop your own strategy and blast targets on the beach, in the valley, on land, and on the battlefield.

Set in an alternate post-war world, Boom Battlefield takes place in an age of brutality. The discovery of a way to synchronize organic and bionic mechanisms in 1940 led to the beginning of the Great Conflict. The realm of peace collapsed, and the Free States arose. Despite the signing of a peace treaty in late 1943, plasma explosives, cyborgs, and army-grade droids have become commonplace in this world at war.

All of the world’s great powers crave precious materials in their quest to synchronize man with machine and enhance the production of deadly weapons. In order to achieve this goal, the Free States have to trade for gold – and gold makes the world go ’round.

Invite your friends and join forces in one of the most unique tower defense games of all time! Boom Battlefield features:

✔ An authentic tower defense game with a million defenders playing all over the world in real time.

✔ An epic army in the palm of your hand – build, upgrade, and rule a chaotic world at war.

✔ Deploy your troops anywhere on the battlefield and make things go BOOM! Shock your enemies!

✔ Become a brilliant commander and develop your own strategies for solo campaigns and online PvP battles.

✔ Prove yourself in a world at war – forge a strong alliance in this realm of chaos and rule the other clans.

The strongest decides the fate of the weak. Who will you choose to be? One of the world’s great generals or cannon fodder for other players’ towers? Can you bring harmony to a world at war? Join us now!
– Fix bug: Incorrect display reset time of Tower Defense Mode.
– Improve first time user experience.
– Fix some minor bugs.