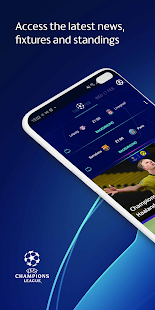 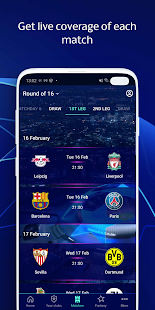 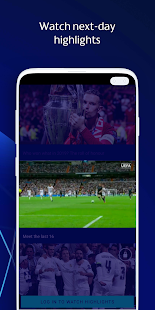 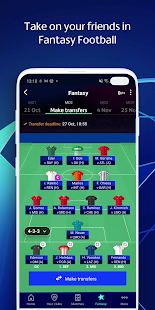 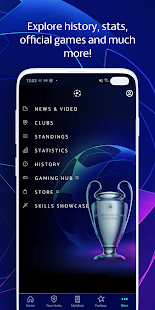 – Get live minute-by-minute updates from every single match.
– Don’t miss a single goal thanks to real-time push notifications.
– Listen to live match commentary on the go.
– Review the goals in detail with next-day highlights for every match*.
– Get live match statistics for every game.
– Access all the fixtures and up-to-date standings.
– Read the latest football news and analysis from UEFA experts.
– Dive straight into the news that matters to you with our personalised home feed.
– Watch the live draws.
– Get a heads up with notifications for all kick-offs, confirmed line-ups and draws.
– Keep up to speed on each club thanks to in-depth form guides about the top teams in the Premier League, La Liga, Serie A and the Bundesliga.
– Analyse individual team pages, squads and player pages
– Have your say by voting for your Player and Goal of the Week after each matchday.

– Access all-time player statistics: everything from the top goalscorer to the most yellow cards.
– Access all-time club statistics and results: everything from the most titles to the most goals conceded.
– Browse stats and videos from past winners such as Real Madrid, Liverpool, Barcelona, Ajax, AC Milan, Manchester United, Juventus, Bayern Munich, Chelsea and more.
– Watch match highlights from past seasons.
– Watch highlight compilations curated by UEFA experts.

– Play our free Fantasy game and pick your UCL dream team from Europe’s best soccer stars, including players from La Liga, the Premier League, Serie A and the Bundesliga.
– Spend your €100m budget wisely and score points based on your players’ real-life performances.
– Compete against your friends by creating and joining leagues.
– Check player stats to make the best selection decisions.
– Join leagues with other supporters from your club. If you’re a Real Madrid fan, compete against other Real Madrid fans. If you’re a Juventus fan, battle against other Juventus fans on the Juve fans’ leaderboard.
– Play Fantasy Football and live UEFA Champions League nights in a whole new way!

*Highlights available from midnight CET, except Germany, Austria and Italy, where you can watch video highlights from 00:01 CET on Friday

Fantasy Football is back – pick your squad from Europe’s finest, score points throughout the season, climb the leaderboards and take on your friends.

Update your app today to be ready to kick off another season of footballing drama on the biggest stage!