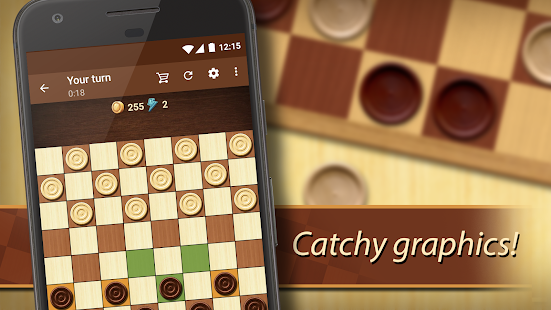 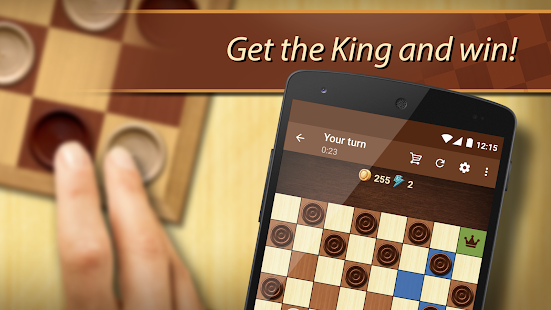 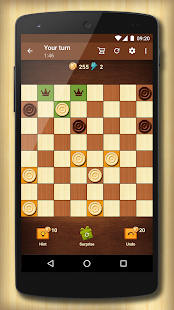 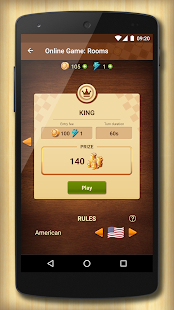 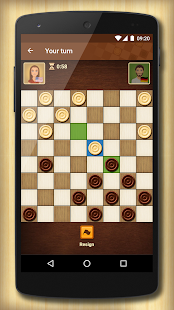 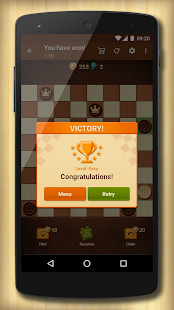 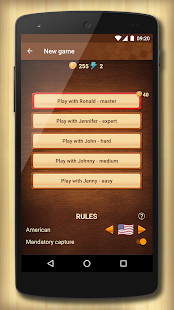 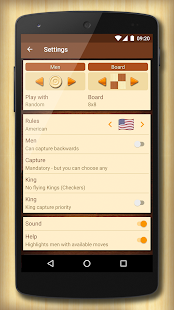 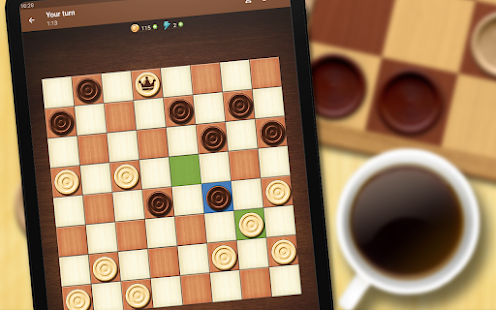 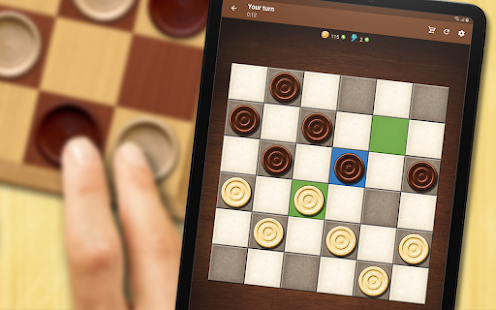 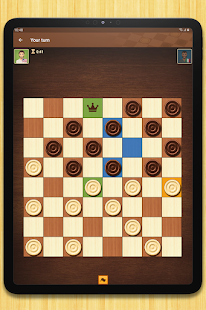 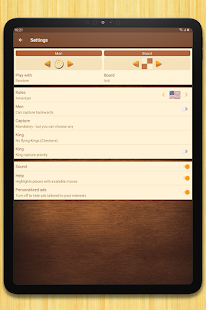 Description of Checkers - strategy board game

Do you remember this board game from your childhood? 🧒

Checkers (Draughts) – a traditional and inspiring board game that gives you a lot of fun challenging the computer, playing online multiplayer mode with people from all around the world 🌍 or with a friend offline. 🧑‍🤝‍🧑 Relax and enjoy Checkers Online wherever you are. Share Checkers with kids and show them the best entertainment from your school days.

Are you a board game enthusiast? Would you like to create or think of a strategy to win? Checkers or Draughts will help you to learn and practice logical thinking. 🧠 Multiplayer checkers mode will make the game even more fun! 🎇

With our app you can:
👉 Play Checkers for free
👉Challenge yourself to 5 different difficulty levels
👉 Enjoy Checkers Online with multiplayer mode and play against random players according to the rules you like the most!
👉 Play Checkers offline with friends and family
👉 Use Hints and Undo moves
👉 Choose from a variety of boards and piece styles
👉 Personalise your user profile in Checkers online

Play Checkers Online with other users in just three steps:
1. Create a profile by choosing an avatar, flag of your country and entering your nickname.
2. Choose the rules you want to play.
3. Start playing and enjoy the Checkers Game.
Compare yourself to other users in multiplayer mode, improve your skills and collect gold! 💰

Let’s start from the easiest level and check if you can win against the computer. The more experienced you are, the more likely you are to beat our Checkers Master. Take up the Checkers challenge and go through all 5 levels! 🏆

There are many ways to play Checkers (Draughts). Everyone has various habits and usually prefers to play exactly the same way as used to play Checkers in the past, that is why decide on your favorite rules of this game:

International Draughts 🌍 Capturing is mandatory and all the pieces can capture backward. The queen (king) has long moves which means that, if the square is not blocked, the queen can move any distance diagonally.

Spanish Checkers: Damas 🇪🇸 Known as Spanish Draughts, based on the international rules, but the pieces cannot capture backward.

Turkish Checkers: Dama 🇹🇷 Named also Turkish Draughts. Dark as well as light squares of the checkerboard are used. Pieces start on the second and third rows of a game board, they do not move diagonally but forward and sideways. The way that the kings (queens) move is similar to the chess queens.

Play Checkers and Draughts the way you like the most

You can change game settings and choose your own Checkers app rules e.g. to capture backward or to choose mandatory capture.

Play checkers online, offline with friends or face 5 levels of the game against the computer.
Have a good game!
Best regards,
Chess & Checkers Team

Facebook: https://www.facebook.com/DraughtsForAndroid/
🆕NEW FEATURES ARE ON THE HORIZON!🆕
⭐Ready to reach for the stars?⭐ Now it is possible!
Receive stars after each won level. Show what you’ve got!
🌟Don’t wait, and don’t hesitate to become a checkers star!🌟🤩
📜Play by your favourite rules!📜
By changing the rules, you can discover and unlock levels anew.🧐