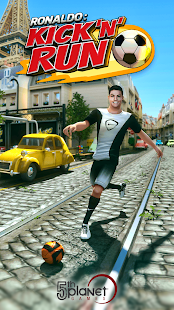 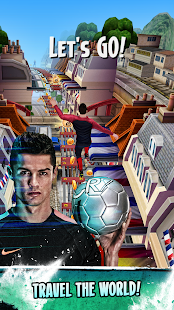 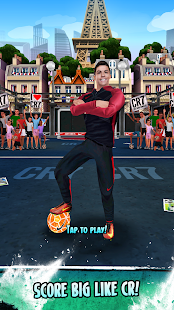 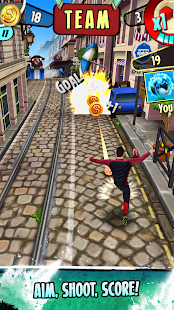 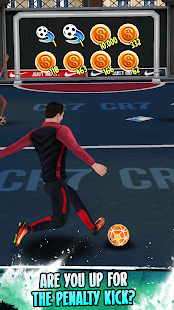 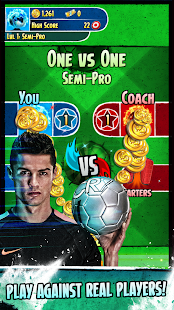 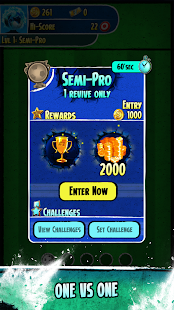 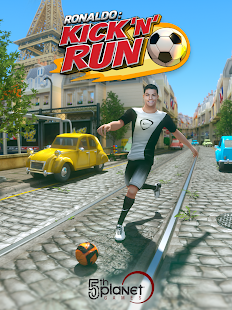 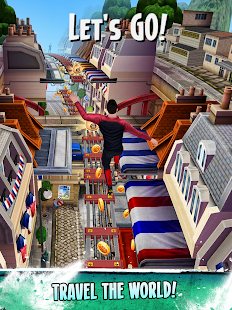 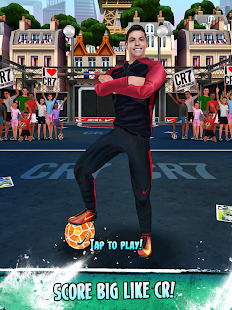 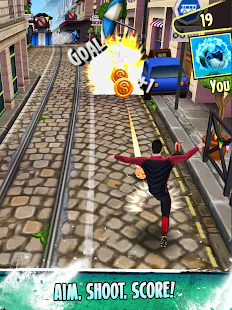 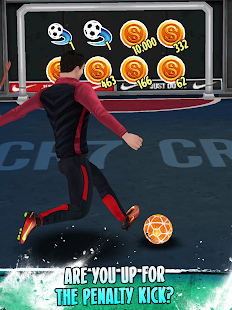 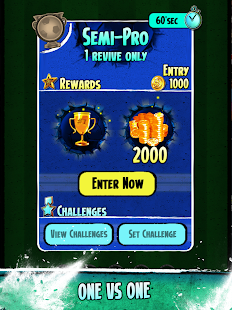 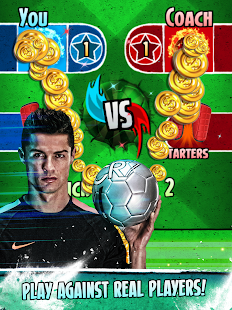 How would you like to be in the shoes of Cristiano Ronaldo – one of the world’s top football players? See how it feels to Kick, Run, Dribble and Score like CR7 in this unique 3D arcade runner! Put on your boots and surf through traffic in the streets of Paris, strive to get the highest scores in intense competitive football games and you might even find yourself competing against none other than the real Cristiano Ronaldo!

Go head to head against real players from all over the world in 1v1 online multiplayer football games for great prizes! Score the most points, climb the ladder of the competitive leaderboards and become the ultimate football star by sharpening your running and shooting abilities like CR7!

Team up with your friends from anywhere in the world to compete with rival strikers and become the leading dream team in the ever-exciting online multiplayer tournaments. Prove yourself in being the most valuable star striker in your team and make a name for yourself amongst fellow football and soccer legends by perfecting your kick and scoring the most points.

GET INTO THE RIGHT POSITIONS

While it’s fun to be a team player in a dream team full of soccer stars, any real striker knows that when it comes to scoring that winning goal, it’s all about his own ability to dribble through the opposition’s formation and perform the perfect kick. Take charge like Cristiano Ronaldo and surf through the endless streets of Paris, while making sure you’re positioning yourself in the right spot to unleash that killer strike!

In order to score points and beat your opponents you must use your head to avoid tricky tackles from rival defenders and become an unstoppable runner. Be quick and decisive to run and dribble past your opponents, while keeping your eyes on the goal to prepare the perfect kick – just like Cristiano Ronaldo.

Kick and smash through obstacles and gather loads of points with the help of special items that can be picked up along the way. This will help you earn new gear, advance in the online multiplayer leaderboards and, ultimately, achieve worldwide recognition as a football or soccer star.

LOOK GOOD ON THE FOOTBALL FIELD

If you’re a real fan of Cristiano Ronaldo, you know that he likes to look good in any occasion, not less so when running and showing off his skills as a star striker at the Euro Cup 2021. There is an awesome selection of football apparel and boots to choose from, so you’ll look as sharp as the man himself!

As always, we’d love to hear your feedback so make sure to review and rate our app – this way we know how to constantly improve your experience!
– New Location: Paris!
– Improved penalty kick feature
– Optimizing ads displays
– “Extra life” feature improved
– Bug fixes