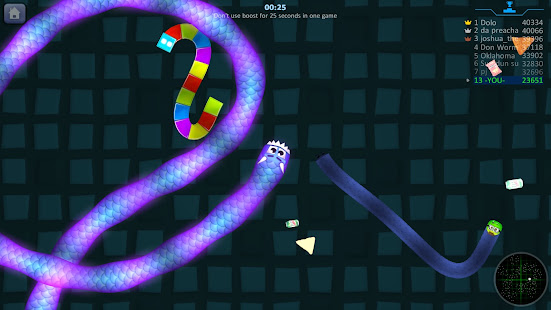 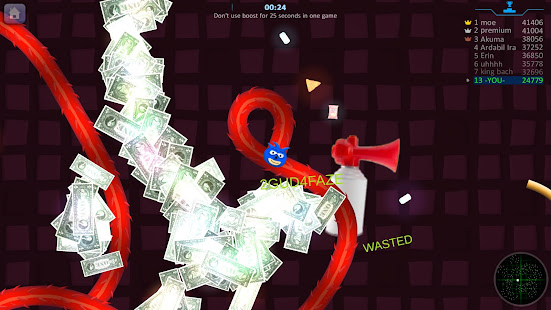 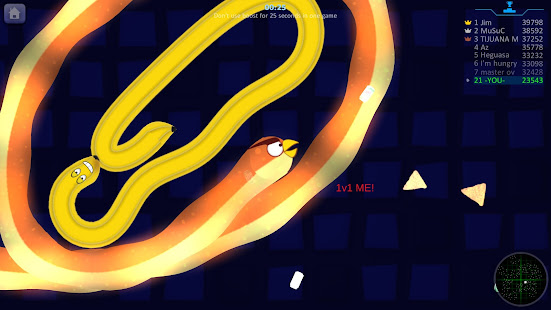 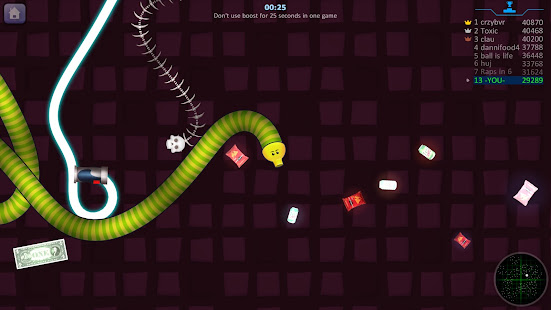 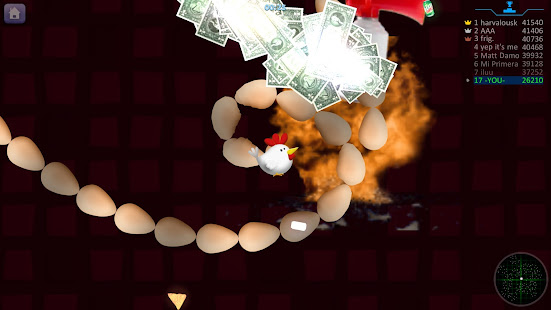 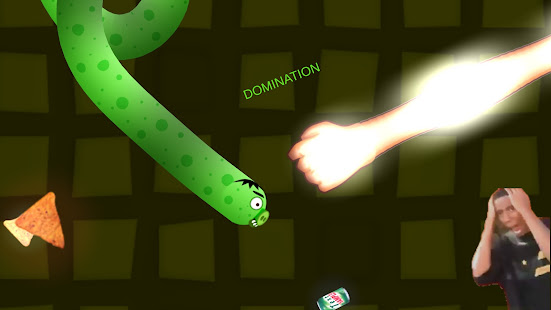 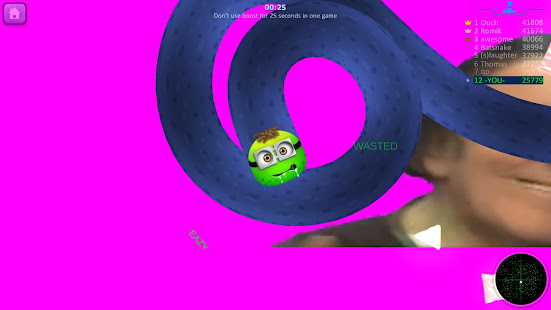 Enjoy new casual game redaction of the snake and stay alive as long as you can!
Move your worm around a dark space, eat food glowing yummies, defeat and consume other players to go up the longest slither.
Battle royale worms in an enormous arena, if your snake head collides into a part of another snake, player loses the life and must start over.
Raise your voracious multiplayer snake to be the biggest worm, eat cash dollars and earn yourself champion’s title.

You can activate boost mode, which is most useful and simple feature in the snake games. It causes the snaky to speed up.

Feel free to use many skins for your worms such as: bird, pig, skeleton, cats, doodle games, minio, pipe like in a flappy game, lightsaber, tube, seat belt, tank, knuckles, dash and very more memes and parody for popular games and popular skins. Some skins are parody to other casual games, snake games and other games.
Also game contain a lot of world memes and mlg effects: yolo, sniper, horn, hypno frog, 420 games, boom headshot and many other fun meme.
Make your worm be most longest and amaze in the leaderboard top.

Use a boost to quickly move your slither games in front of other snakes.
Once they bump into you, they leave a trail of cash which you can eat to go up even bigger!
The game features is ton of references to popular memes either through the audio and text.
There are a lot of different cool snakes skins to unlock. Choose a skin for your worm in the wardrobe.

Don’t jump too high when you activate amazing boost mode, because other players can easily beat you crazy snaker.
The worm will continuously be crawling in the direction of your mouse pointer, so turning your crawl worms games is as simple as moving your finger skill serve as a quick speed boost, allowing you to get out of the way of enemy worms quickly.

Snake.is games io Tips & Tricks:
– Go fast to the center of the map and steal food from enemies.
– Cross the path of bigger crawling snakes to get them to run into your body.
– Trap other players by circling them.
– Take the fight to others in multiplayer games online games competitions.
– Complete daily challenges to earn horns.